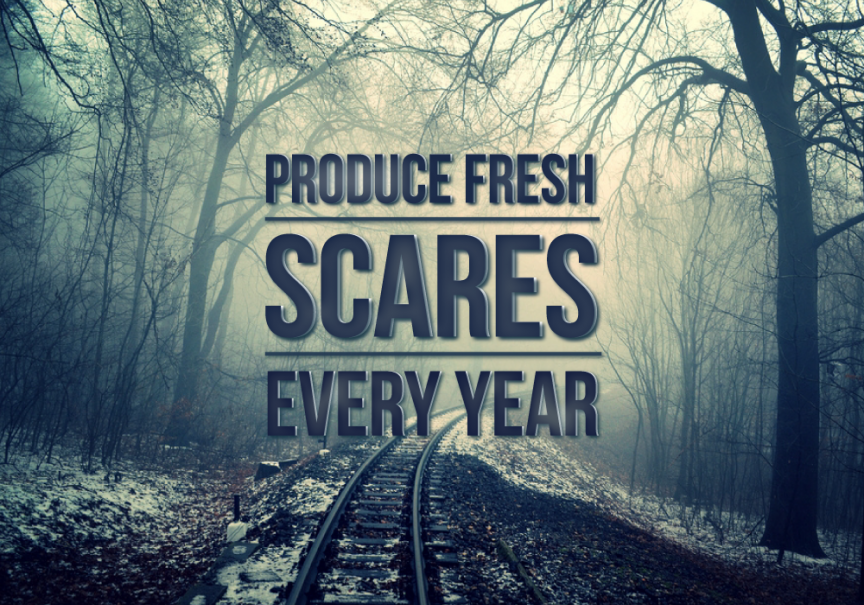 Tim Leyden, manager of Field of Screams, Rhode Island, has made producing haunted attractions his passion for over twenty years. Field of Screams hosts three different attractions: Dungeon of Doom, Dead River Haunted Hayride, and Cirque Du Souls. Only at Field of Screams can you explore a haunted insane asylum and navigate through New England’s only 4D haunted maze in the same night. Throughout the years, Tim has been able to pick up on the tricks that the best haunt producers use to improve their attractions and maintain positive relationships with their actors and actresses.

How do you consistently produce thrilling scares year after year?

In order for a haunted attraction to be successful, it has to be fresh every year. I can’t think that just because I had a great event last year that automatically means it’s going be great again this year. The best tip I have for achieving this is to change the beginning and the end of your attraction. You need a high impact scare right from the start. So, repaint and polish your exterior and get people scared and excited right away. There are lots of different things you can add to you attraction like fire, animatronics, and other creative ways to produce more intense scares. 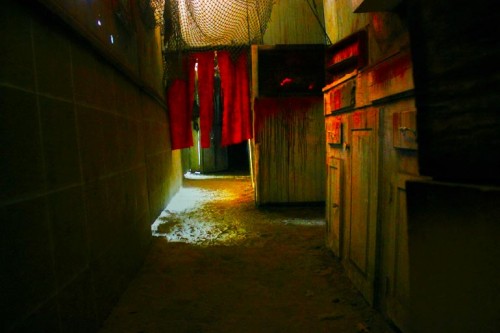 How do you motivate your actors and actresses to scare at their best each night?

When working with actors and actresses, you have to deal with them as you would want to be dealt with. Managing eighty to one hundred actors and actresses each night is a challenge. Every night, about an hour before the show starts, I get everyone together and make it a point to get them pumped up and excited. As a team, we go through what went well the night before, as well as what we can improve. I listen to any questions and feedback that my employees offer and then we go over the safety and rules. I repeat myself night after night about safety, but it is so important that we do this each and every night.

I also take this time to recognize anyone that I feel did an amazing job at last night’s show. Sometimes I’ll do a trade with local restaurants: tickets to Field of Screams in a exchange for gift certificates to that restaurant. I use the gift certificates to reward those people that go above and beyond. Acknowledging and rewarding my crew when they’ve done a great job benefits everyone; business is better, everyone’s happier, and I just feel good doing it.

What aspect of acting do you emphasize most with your events?

Working with actors and actresses is vital. You build this thing for six to nine months, but when it comes down to it, it’s the actors and actresses and their timing that really makes a difference. A lot of people think that scaring is an easy job; you just pop out and say boo! The aspect of it that people often underestimate is timing. You can’t just scare the first person in line every time. You need to make sure you scare the entire group. To accomplish this, you need to be creative and the timing must be perfect.

If the actors are having a good time, you can pretty much guarantee that your audience is having a good time too. But, if an actor’s heart isn’t really in the show, that’s when things get rough. If I see that one of my staff isn’t performing their best, it’s my job to talk to them and figure out the root of the problem. Sometimes the problem is solved when I clearly state what I expect from them, other times, they need to take a break and go home.

What attributes do you look for when hiring actors/actresses?

Anyone can be a part of a haunted attraction team. You can have a quiet person or an energetic person; there’s a spot for everyone. I just have to find the best position for everyone that is on my team. Just like a football coach knows who needs to be a lineman and who will be best suited as quarterback, as haunt manager, I need to understand the best job for each of my team members.

Different jobs need different people. One character might need to talk to the crowd at the beginning of the show, so I’ll need to make sure someone who is comfortable speaking in character is given that role. I might need a character to be poised and ready to jump out at the last second, so I’ll to find someone who is okay with sitting still for a while, yet intense enough to scare at a moment’s notice. In other circumstances, I might just need a friendly face to greet guests and monitor parking.

Where do you find inspiration for your haunted attraction?

The most exciting thing to me about a haunted attraction is that you can make anything happen. I can collect inspiration everywhere I go and from every movie I watch. I just visited a graveyard in New Orleans and saw the gravestones and crypts above the ground. I thought, “That’s awesome!” New Orleans is all about VooDoo too. I want work in some of the ideas I got just from going on that trip. I try to be aware of my surroundings, even if that means paying attention to effective marketing and advertising. I’m constantly asking myself, “What’s working and what isn’t?”

Do you have any advice for people just starting out in the haunt industry?

I don’t mind competition, as long as it’s well produced competition. People will go to one event after another, as long as the shows are awesome. If people go to an event and it’s not great, they’ll go sour on everybody. If you’re not proud of it, don’t produce it. It’s all about creativity. We’re only open for about sixteen days, eight of which are really big days. That’s essentially 45 hours to do business, so it has to be fast and furious when we’re open. When you’re working 2000 hours to make that 45 hours really successful, you can’t leave anything up to chance. The best way to prepare is to run a stress test. Make sure your animatronics can pop up and down hundreds of times. Prep your actors and actresses by doing a couple dress rehearsals so that everyone knows their place and proper timing.

Come out and play Zombie Paintball or jump on a hayride this fall at Field of Screams!