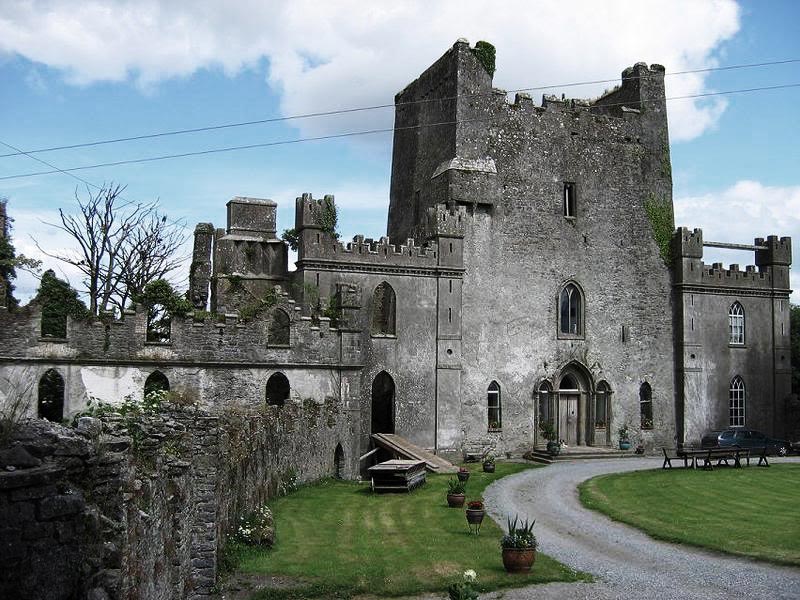 Moosham Castle is also known as Witches Castle because of its horrific role in the 13th century witch trials. This dilapidated fortress was the site of the condemnation of hundreds of women that were accused of being witches. Sentenced to death, these women were lead to the dungeons to endure unspeakable and fatal torture. Seeking revenge on those who murdered them, these “witches” still roam the dark depths of the castle.

While Belcourt does not seem to be haunted by its former owners or staff members that worked there for decades, its antique collection is the center of all the castle’s paranormal happenings. Belcourt’s Gothic ballroom is furnished with art and trapping from more than 30 countries, and most importantly, haunted chairs. It is said that if you try to sit in one of these sneaky chairs, you will feel resistance or even be thrown off. Numerous visitors have reported feeling strange sensations of energy moving around their hands and chills running up and down their spine just standing next to the chairs. If the haunted chairs don’t freak you out, there’s a screaming suit of armor that is sure to rattle your bones!

One of the many reasons this castle is said to be haunted is because of the sheer number of people that were imprisoned and executed inside its walls. One of the castle’s residents, a terrifying creature known as “It”, brings about the smell of sulfur and decaying corpse upon appearance.

Known as one of Scotland’s most haunted sites, Edinburgh Castle has 900 years of history behind it. From surprise attacks to executions, this castle has seen its fair share of blood and terror. The depths of its dungeons have been host to some of the most gruesome occurrences and wicked inhabitants. Some of the most notable are Lady Janet Douglas of Glamis (accused of witchcraft and burned at the stake) and Duke Alexander Stewart of Albany (who escaped, stabbing his guards to death and then burning their bodies).

Many ghostly sightings and occurrences have been reported over the years. The most notable include: unexplained voices echoing through the castle, sightings of children and WWI soldiers, doors slamming, and the sound of a piano playing. There have also been sightings of a woman in Victorian dress. It is rumored that she walks through a wall only to disappear.

For more accounts of the castle’s hauntings, check out this investigation conducted by the North Wales Paranormal Research team!