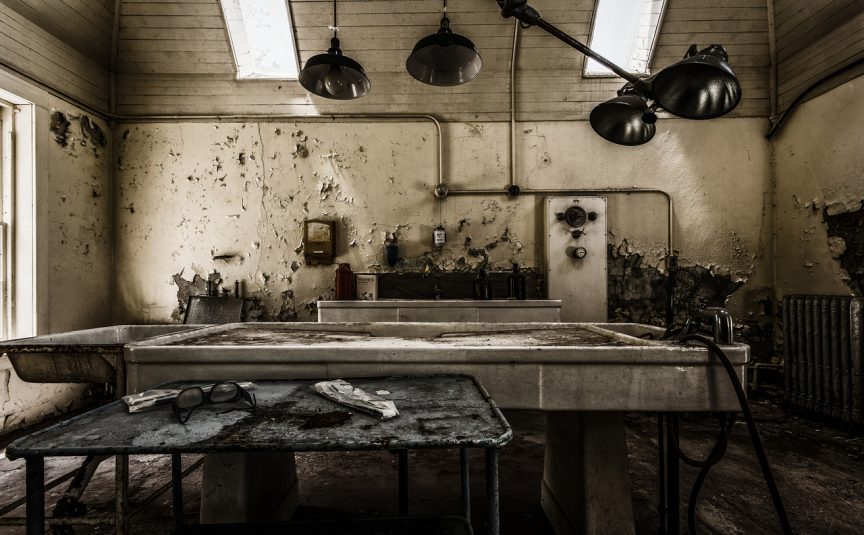 There are some special places in the world that leave you in awe because of their striking majesty and spectacular wonder. There are other places that cause you to feel an unexplainable sense of curiosity, disgust, and deep down, (though you’d never admit it), fear. Then, there are the few places on this planet that are so sinisterly awesome, they are capable of eliciting both responses. The ten goosebump-inducing sites listed below were abandoned by humans for one reason or another, and each possesses its own unique story of how it has transformed over the years. Check out these marvelously creepy abandoned sites from around the globe! 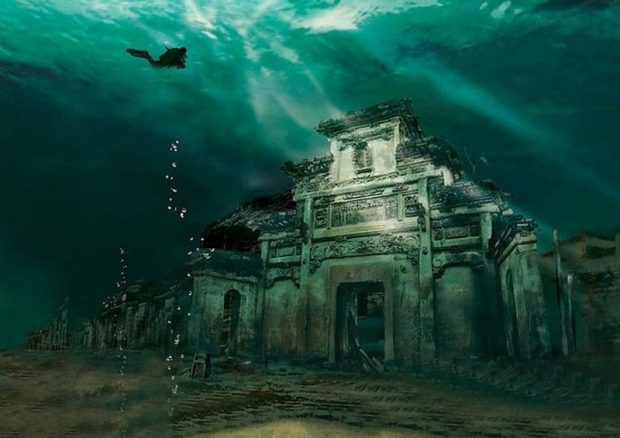 Below the calm surface of the water, 1400 year-old ruins that comprise the lost city of ShiCheng rest beneath 130 feet of water. Known as China’s Atlantis, this city has been submerged for nearly 50 years, and yet, is still largely intact. This mysterious site dates back to the Ming and Qing dynasties (which ruled from 1368 to 1912), however, wasn’t flooded until 1959 to make way for the Xin’an Dam and its adjoining hydroelectric station. As nearly 300,000 people were forced to relocate, this place was left undisturbed and forgotten until 2001. 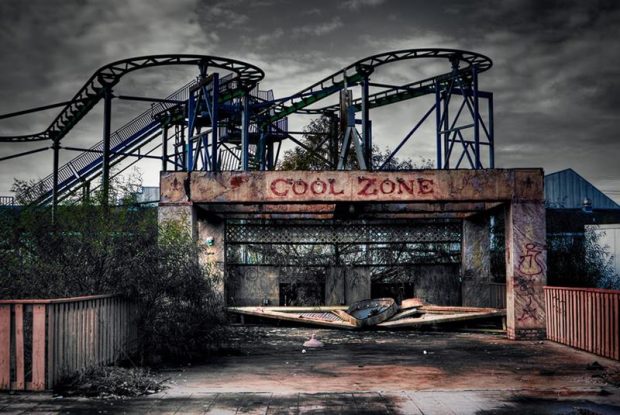 While there are no lines and laughter that remain at Six Flags New Orleans, there is no shortage of eerie silence, decay, and seriously creepy vibes. This amusement park has been abandoned since Hurricane Katrina ravaged New Orleans in 2005. The empty roller coasters, forgotten attractions, and rotting landscape make this 150-acre site feel more like a post-apocalyptic zombie zone than a hot spot for fun.

This factory is straight out of your weirdest nightmares and must have been abandoned in a hurry. What seems like an endless amount of dismembered mannequins, molds and casts of forgotten dolls, and old rusty manufacturing equipment flood the factory. Decapitated heads and dusty doll parts lay piled up on the floor. This place is not to visited by the faint of heart; past visitors warn of the unnerving atmosphere. 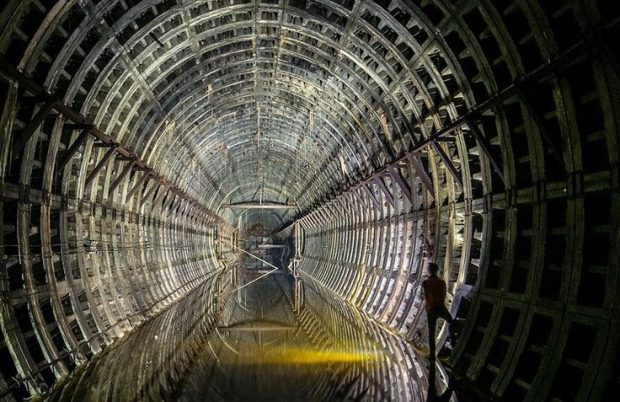 Kiev’s metro system covers 42 miles of track and is home to one of the world’s deepest underground stations, Arsenalna. Although exploring the underground network is strictly prohibited, a few dare devils have managed to sidestep the fast moving trains and infiltrate the decades-old tunnels to capture some pretty insane photos. Kiev’s public transport system carries nearly 1.4 million passengers, none of which will ever catch a glimpse of this freaky abandoned tunnel! 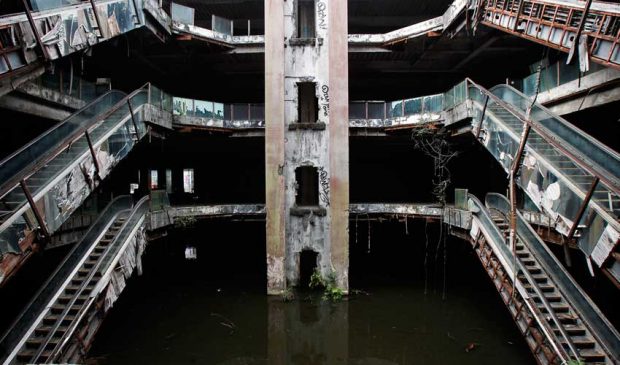 If you’re looking for some retail therapy, this place is probably not your best bet. The mall was shut down in 1997 and caught fire just two years later. One person was killed at the site shortly after the building started falling apart in 2004. The roof wasn’t replaced and the water went stagnant, making it a lovely breeding ground for mosquitos, until some locals added a large species of colorful carp called koi. Now, you can sneak into the mall to see the weirdly large aquarium filled with koi fish. Needless to say, it’s not exactly a shopaholic’s dream. 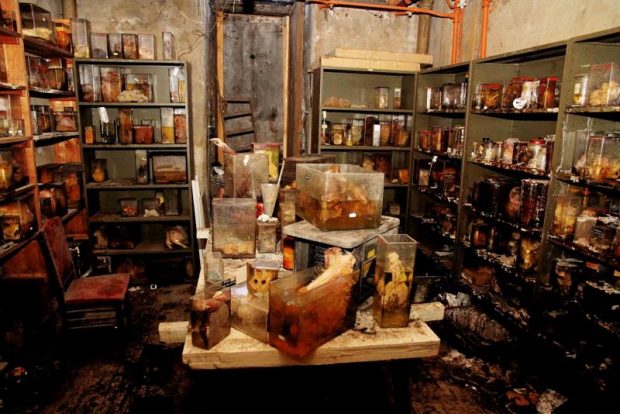 It’s not often that you can find the lung of a sheep and a brain of a bear under the same roof. However, this center of experimental animal science has plenty more where that came from (like pickled rats, cats, and dogs). What was once a thriving educational institution, now sits untouched, collecting dust while even the formaldehyde used to preserve the animal parts turns yellow. 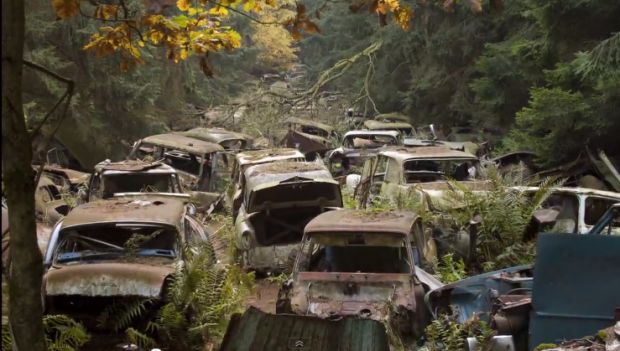 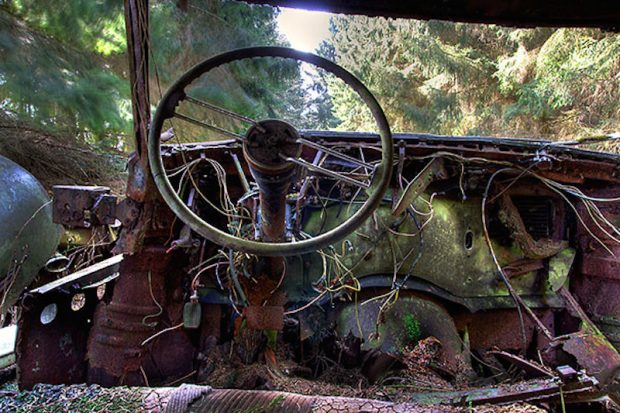 The real story behind how exactly these cars were left in the small town of Chatillon remains a mystery. However, some believe the cars were abandoned by US soldiers returning from World War II. Although the soldiers had every intention of returning for their vehicles, it just never happened, and the cars were left to rot. Others deem this story not plausible because most of the cars weren’t built until after WWII. It’s difficult to say what the true story might be, yet easy enough to admit that this car graveyard was one of the most fascinating abandoned places on earth. Sadly, the cars have been removed for environmental reasons, but the magically eerie mystery lives on through photos taken by Urbex. 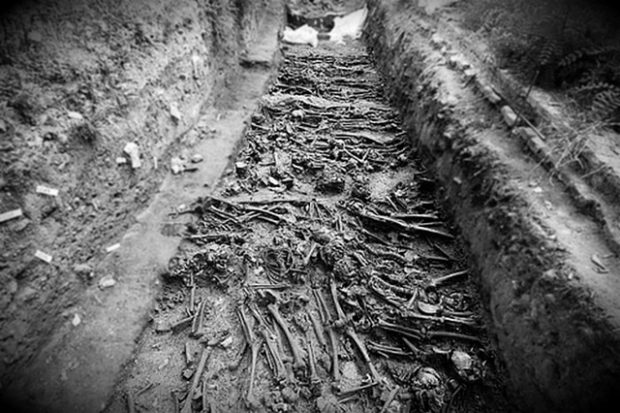 Between Venice and Lido, the creepy little Italian island of Poveglia floats in all its ghostly glory.  This small mass of land earned its nickname The Island of Death due its brutal history and sinister resume. In 1348, the Bubonic Plague killed 1 out of 3 Europeans. In an attempt to stop the spread of disease, the dead and those too infected to survive were taken to Poveglia as a death sentence. Visitors to the island have reported paranormal activity and apparitions of deceased plague victims.

Just when you thought this place couldn’t get more disturbing…

During the late 1800s, Poveglia was home to an asylum for the mentally ill. It’s rumored that a doctor performed strange experiments on the patients and later, threw himself from the asylum bell tower. Although the bell in the tower was removed long ago, people from surrounding areas claim to hear the chimes echoing from the abandoned island. Yep, this place is definitely haunted. 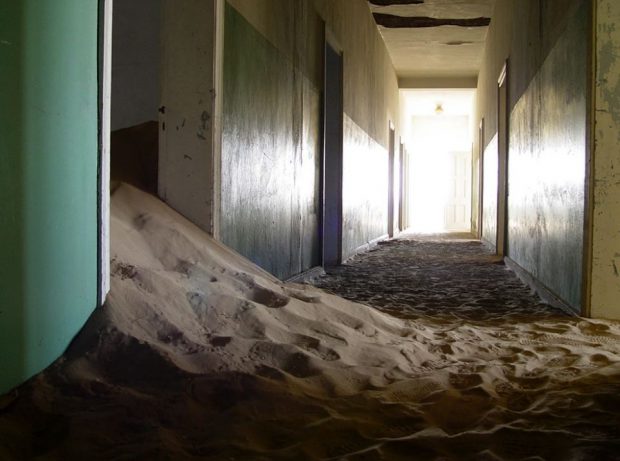 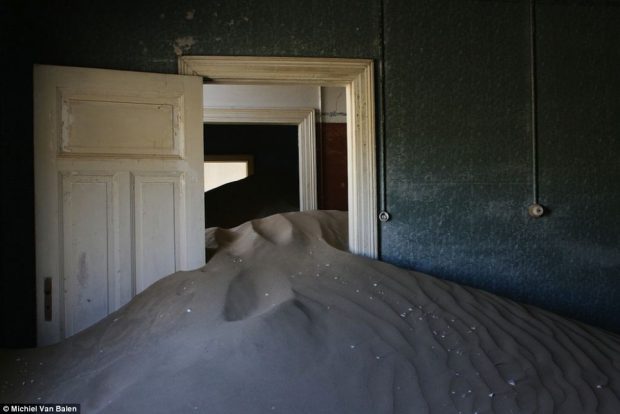 Kolmanskop was founded in 1900 when diamonds were discovered in the desert sand. The place quickly became a mining town, but shortly after World War I, diamond prices crashed and richer diamond deposits were found further south. The sand-clearing squad stopped showing up, and operations were moved to Oranjemund. Although Kolmanskop was left to be swallowed by the sands of the desert, there’s still plenty of activity (mostly paranormal) in this ghost town. Numerous paranormal series have investigated the eerie site and have been thrilled to find unexplained footsteps, shadows, and EVPs of ghosts whispering. 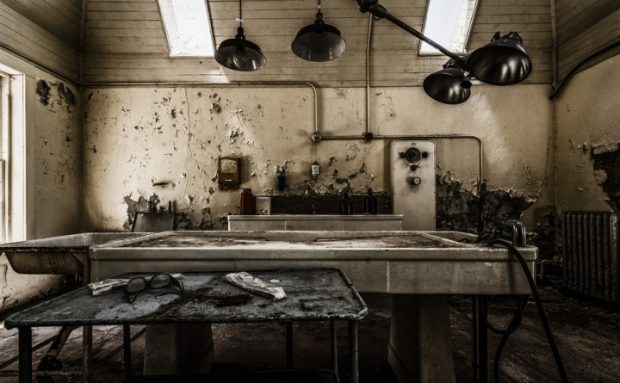 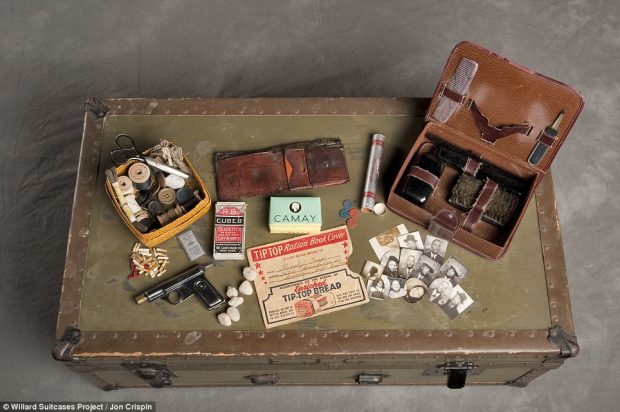 If you’re seeking inspiration for your haunted house, look no further. With an average stay of 30 years, most patients never made it out of the mental hospital alive. Despite their doomed fate, in hopes of a brighter future, committed patients were permitted to bring a suitcase full of items they might want or need during their stay. However, most of these patients never left. Instead, they died and were buried in nameless graves across the street from the asylum (ouch). Their suitcases were locked in an attic and forgotten until 1995, when an employee discovered roughly 400 suitcases that had been brought in by patients dating back to 1910-1960.