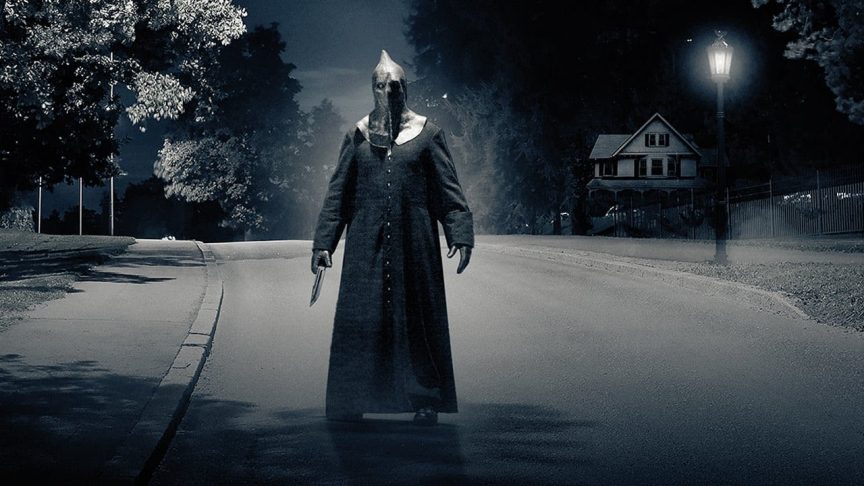 You don’t have to wait for October.

If you’ve never heard of this Indian horror drama, you’re not alone. It has been flying under the radar since it debuted earlier this summer.  The five-episode series follows the young members of a “ghost club” who venture into the former home of a ghost story author and end up unleashing something truly sinister.

2. The Chilling Adventures of Sabrina

This dark re-imagining of the ‘90s teen witch sitcom couldn’t be further from its campy predecessor. Cutesy parlour tricks have been replaced by disturbing black magic, unnatural powers and deals with the devil himself.

3. What We Do In The Shadows

This kiwi mockumentary has more farse than fear, but it’s still the perfect show to help you get in the Halloween mood. Even monsters shouldn’t take themselves too seriously.

Supernatural mysteries. Government secrets. All the ‘80s fashion and music we love. It almost makes us want to throw on our old Ghostbusters costume and go trick-or-treating.

Season 9 returns on Sept. 18 so get caught up on the previous eight season of terror now.  Each season contains its own storyline and characters, which means you don’t actually have to watch all 94 episodes to be ready for the next story. If you can only watch three, make them Murder House, Asylum, and Coven (the witches are rumored to return during later seasons so you should get to know them sooner rather than later).

This Canadian horror anthology is another one that flies under the radar, but its cleverly written villains make it stand out from the pack. Binge three season of rampaging serial killers, astonishingly bloody murders, and chillingly real social commentary.

Creepy and unsettling, every six-episode season of this horror anthology is harrowing to watch in the best possible way. The show shocks with grotesque and terrifying monsters, and weaves its way into your subconscious with paranoia-inducing storylines.

Did we miss your favorite show? Let us know in the comments!