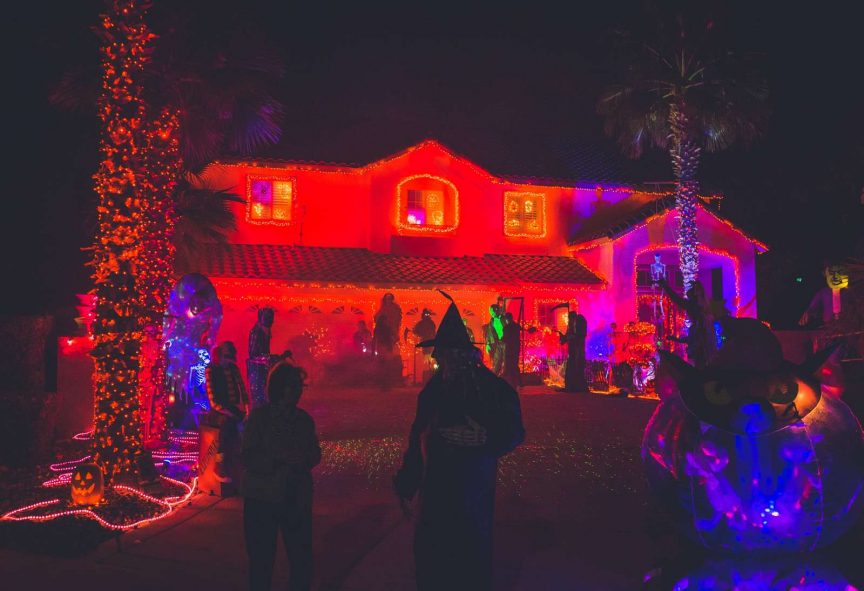 1. Buy your tickets in advance

Often, a visit to a haunted house actually means waiting in two or more lines: there’s one queue to purchase tickets, and then you have another wait ahead of you at the entrance to each attraction. Purchasing your tickets online in advance (even on your way over to the haunt) means you can skip the ticket booth and head straight for the entrance.

Most haunts are at their busiest between 8-11 p.m. If you can arrive a little earlier in the evening, you’ll likely be ahead of the crowd (and ahead of the lines). It’s also when the scareactors have the most energy because they’re just getting started for the night, so you’ll also get some seriously good scares. Bonus.

3. Visit on an off-night

Friday and Saturday nights are the busiest days of the week for haunts. Try getting scared on a Thursday or another off-peak day of the week: the line will almost always be shorter, and you might find you don’t have to wait at all. There won’t be as many people ahead of or behind you inside the haunt, either, which means there’s no one to spoil a surprise scare coming around the corner.

How much would you pay not to wait in line for two hours on a chilly, rainy October night? A VIP or skip-the-line pass to your favorite haunt means you get to cruise past all the victims standing outside in the cold and stroll right up to the front.

Big haunts have big advertising budgets and big lines. If you’re feeling adventurous (and, hey, you’re visiting a haunted house so you probably are) search for smaller, local haunts and check out one you’ve never heard of before.

Smaller haunts do not equal smaller thrills. Often, they really creative with their scares and rely on ingenuity and talent instead of larger props or animatronics. We’ve had the pants scared of us in unsuspecting haunts tucked away in strip malls or hidden within a working farm. Plus, admission often costs less at smaller or lesser-known haunts so you get a really good scare for your buck.

Ready to get scared? Find haunted attractions near you at HauntPay.com.