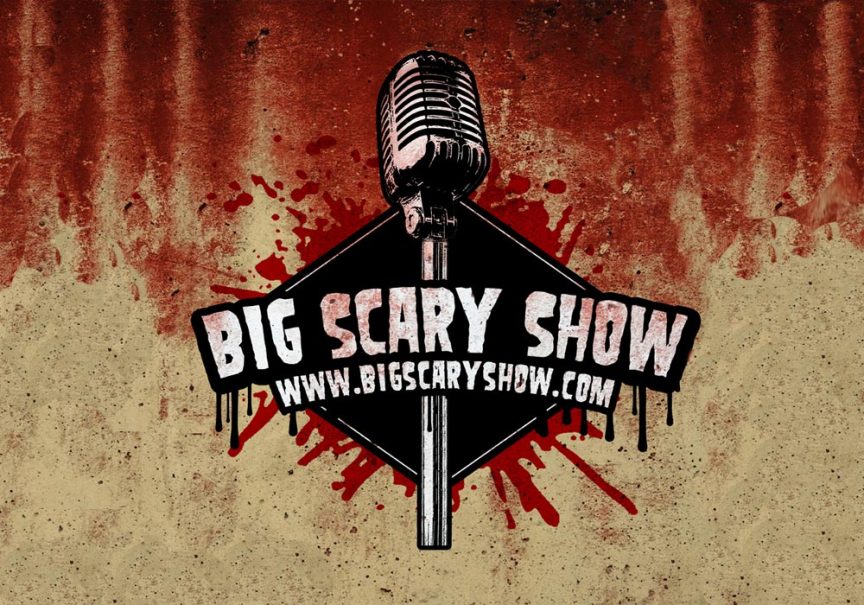 Jim Millspaugh and his team of (g)hosts at Big Scary Show have been entertaining and educating haunt fans for years. Their frightfully exciting podcast shares secrets hidden beneath the surface of the haunt industry, as well as thrilling interviews with industry leaders. Although these four characters each bring their own skills and persona to the show, they collectively bring energy and terror to each episode. In this interview, Jim Millspaugh, or as many of you may know him, the Unknown Scare Actor, shares the struggles, successes, and scary truths behind the Big Scary Show!

What is your role at Big Scary Show (BSS)?

I am one of four (g)hosts. I also produce the show from my home, as well as conduct some interviews online and at conventions. My personal segment is “Legends and Lore”, about local legends from state to state and abroad!

What does a day in the life look like?

HECTIC. I work a full time job during the day, work on the podcast and coordinate my traveling Haunt Actor Troupe, MAUL during the evenings, and travel to different haunts to teach actor training classes. I find myself in great company with Drew Badger (the voice of the show) Jerry Vayne, the Haunt Rocker, and Jason Storm, the marketing Weasel.

What was your introduction to the haunt industry?

I’ve been scaring people since I was 4 years old! My late mother usually bore the brunt of my spooky escapades growing up. I did small yard haunts as a teenager, and young adult. I also spent 11 years directing and acting in a Rocky Horror Picture Show Shadow cast in Florida, The Creatures Of The Night. My first “professional” job in the haunt industry was at Kings Island Haunt, in Mason, OH back in 2008.

What is it like working on a team of haunt fanatics?

My co-(g)hosts are some of my best friends! I consider it an honor and a privilege to work with them. We are four very different people, but when we come together, it really works. We all have different backgrounds joined by our love of haunting. Storm has a marketing/accounting background and is very methodical, Drew Badger has a city planning and radio background so he is ” the voice”. The Haunt Rocker, Jerry Vayne has played in many band over the years and has produced over 6 albums for the haunt industry and enthusiast, and I have a background in customer service and production.  All the elements for success is there

What is your favorite part about working on BSS?

I would have to say producing the show for our listeners. It can be trying at times, and the struggle to keep it to a certain time limit is hard, but I always love the end result. We all still have full time day jobs, and we have various after work hours activities. We actively communicate almost daily (mostly using Facebook messenger) to keep up on the weeks production. Sure, we get snarky at each other sometimes but it has always been our goal to provide the haunt industry with a quality show.

What do you feel makes BSS different from other haunt resources?

We feel the BSS is more of a compliment to the haunt industry, granted we feel we are the go-to podcast for the most up to date info in the industry, and we team up with Haunter’s Digest, as well as produce a sister show, Big Scary News, to keep the haunt, horror, and Halloween news as current as possible.

What is the most challenging aspect(s) of the job?

Getting the show done in a timely manner has been a challenge since day one. When we first started, using software I was unfamiliar with made it hard, but as with all things, we learn over time. It still takes time, but now I can fix problems more easily, and cut down my production time. Believe me, there are times when my Lady of Darkness (my wife), has to snap me out of my production coma!

How do you overcome that challenge(s)?

Good old hard work, perseverance, and listening to the fans.

How did you build your strong following?

The following for BSS started when an old podcast the four of us were on folded. We had a reputation already there. People were really excited when we debuted BSS on Friday, April 13, 2012. We filled a void left by the previous show and people were looking for a new information source. We didn’t start out big, but we have grown steadily.
Our growth came from improving our show one episode at a time, listening to the fans, getting everyone in the industry involved and of course, our sponsors. The biggest growth has really come from word of mouth, people tuning and and letting their friends know. We even have listeners around the world, including England, the Netherlands and Australia.

From what resources do you draw inspiration?

This is a tough one, there are so many sources of inspiration: Horror, Sci-Fi and action movies, books, and comics, and of course- my extended haunt family. My alter-ego, the Unknown Scare-Actor, an actor trainer who focuses on using a persons phobias to really accelerate a scare, was actually based on a character on the Gong Show back in the late 70’s, the Unknown Comic. He always hid his identity, and so did I, for about 2 years, now its more of a brand.

Is there anything new and exciting that listeners should know about?

There is always something new coming out, but our listeners get especially excited about our Gruesome Giveaway: every month we give away an awesome product from Screamline Studios. We just gave away a full sized Fire Axe, complete with blood added!

We try to stay on the cutting edge of the industry, with interviews featuring horror icons, new and old. We’ve had people like Bruce Campbell, Elvira, Malcom Mcdowell, Kane Hodder, Naomi Grossman (from American Horror Story) Sid Haig, the late Roddy Piper, and the list goes on… We release a new show every 2 weeks on our website, iTunes and Stitcher, and on the off weeks you can find Big Scary News on our website!