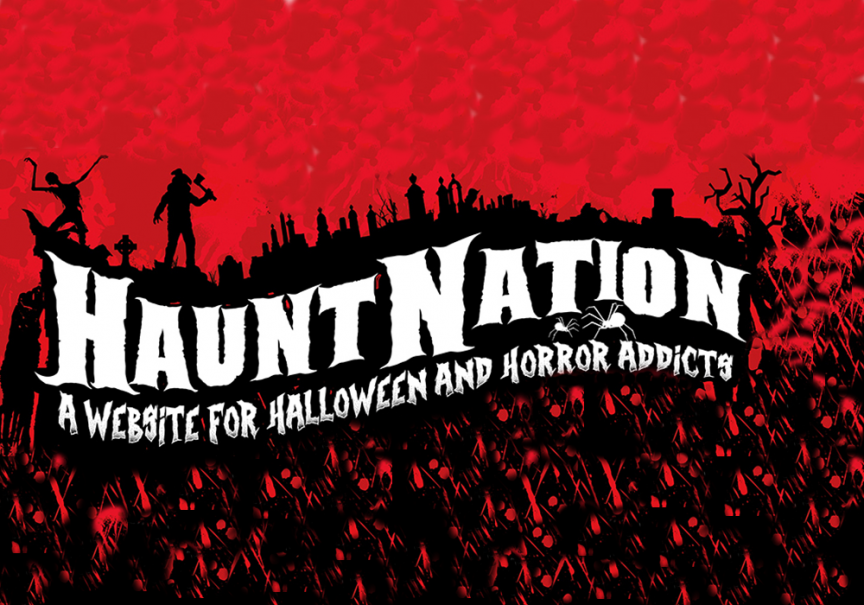 As we continue our series of interviews with leading influencers of the haunt industry, we are more than thrilled to share the insights and scare tactics of the Haunt Nation president himself, Gary Berger. Gary has had his fair share of obstacles to overcome in terms of running the Haunt Nation website and magazine. Despite these challenges, he has managed to develop strong connections with fans of the haunt community, while forming lasting friendships and growing his subscriber list to an outstanding number. His journey of running Haunt Nation Magazine (HNM) and the lessons he has learned along the way are inspiring and can be applied to nearly any aspect of life…

What is your role at HNM?

I am the owner, lead writer, design staff, sales, and circulation. I wear many many hats, although I could not do or have done any of this without the generous contributions of some very special people who have contributed articles and video’s to the zine and website over the last two years. 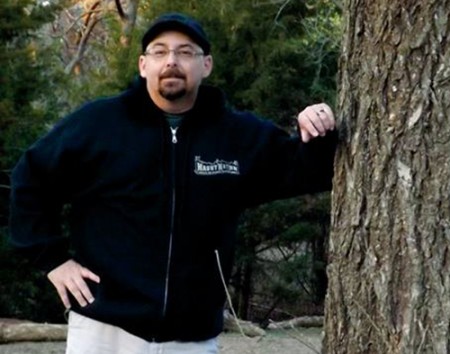 What was your introduction to the haunt industry and how did that experience lead into your work with HNM?

My intro to the haunt industry began with my home haunt, 1512 Terror Lake Road; we ran that for 9 years. I miss it tremendously. This directly lead right into my work with Haunt Nation. I wanted to use my design background to produce a high quality platform for all things haunt related. It’s easy to say something and not back it up, so I finally decided that it was time to put my money where my mouth was and make something awesome! And so, The Haunt Nation was born.

What is the most challenging aspect of the job and how have you overcome it?

At the beginning, the biggest hurdle was content. I started reaching out to people I had met at conventions or gotten to know through Facebook and asked if they would like to be guest writers. To my surprise, rarely did anyone say no. The haunt community is an extremely generous group of people that doesn’t expect much in return; its amazing. I am fortunate enough to meet enough talented people who create tutorials, write articles, or stand in for me at a trade show to represent the magazine if I can’t make it.

HNM has averaged about 15,000 members per year and I know that I wouldn’t be here if not for everybody else. I give 100% of the credit to my audience, fans, friends, and family. I am just the catalyst, if it wasn’t for them, I couldn’t do it! This magazine is for haunt fans, by haunt fans; I’m just a resource to put it out into the world.

How do you balance your time between your side business, full-time job, and running the many aspects of haunt nation?

If my wife wasn’t behind me, I simply couldn’t do it. She helps me, and when I start getting overwhelmed, she tells me to slow down and accomplish one thing at a time. When I’m not doing one thing (Haunt Nation), I’m doing another (graphics business or full time job). It’s a constant balancing act, but HNM is a labor of love, so I always find a way to squeeze in some extra time for it.

How did you build your strong following and reputation?

I’ve built my following by getting to know everyone; haunters help each other no matter what. And above all…the support of every member of The Haunt Nation. The trials and tribulations of life had lead me to shut the site down about a year ago. If it wasn’t for the tremendous support of all of the members I would have not brought it back, But I am glad I did, our membership has been soaring ever since.

How did fans respond when you stopped working on the site?

During that down time between July and October, I got almost 5,000 subscribers. This was a bit shocking because I hadn’t put up any content, run any contests- I’d essentially done nothing. Despite this, people kept sending me emails and messages; they kept coming back. I knew if I was going to go back to Haunt Nation, I had to be completely all in. So, I went for it. And it was a great decision; we’ve seen the largest amount of growth we’ve ever had! I’m not sure where the future is gonna take me with, but it sure is a damn fun ride.

How did you manage to get 5,000 subscribers by doing… well… nothing?

Before I decided to pull that trigger, I made really good relationships with people of the Haunt Nation. I did right by everybody and I did it without hesitation. Whether it was through face to face interactions at conventions or digital message via Facebook, I formed amazing relationships with everybody. Not only that, but I decided a long time ago that I would never charge people for info from my website. I wanted this information to be available to everybody; I think people like that.

Do you have any advice for people that are looking to make connections within the Haunt Industry?

Keep reaching out, joining groups, and asking questions. If you see someone’s prop and you like it – ASK – you need to get ideas from somewhere or somebody! You’ll be surprised by the friendships you can make just by asking a simple question. I’m better friends with some haunters than I am with people I went to high school with!

You cannot be afraid to fail. In this industry (and any industry for that matter), if it doesn’t turn out the right way, you’re gonna figure out the best way to fix it. There’s a strong correlation between life lessons and the lessons you learn from being a haunter. I’m constantly reminded that it is impossible to move forward without stumbling. How will you ever know how to get past an obstacle if you don’t mess up a little?

Is Haunt Nation producing anything new and exciting that aunt fans should know about?

This will be the first time I have mentioned this to anyone, but HNM will be starting an annual “BEST OF” issue this December, the zine will be a FREE downloadable PDF, much like what we used to publish every other month, we will also kick off our first Best Home Haunt Contest in the middle of October. More details on both will follow later.