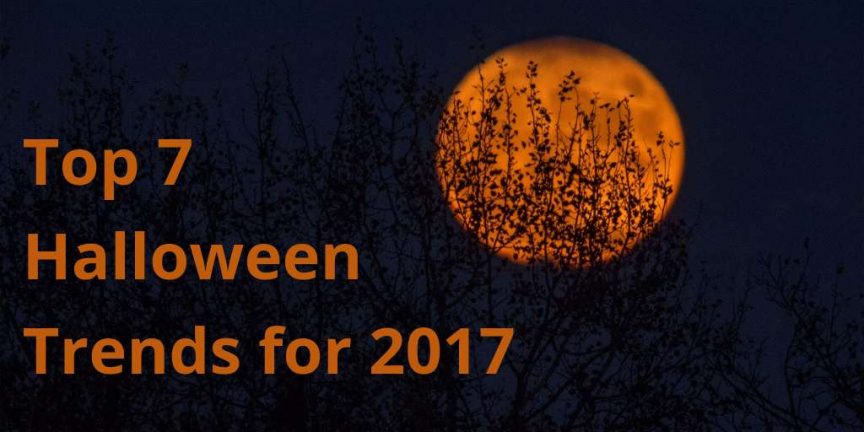 Halloween is one of the biggest holidays of the year, second only to Christmas. A trip to a local haunted house is a favorite tradition for many fans. We always go to haunted attractions hoping to see something new; you won’t scare us with the same ol’ stuff we saw last Halloween!

All year, we’ve been scouring conventions and trade shows to get a sneak peek at the latest scares crafted by industry experts, and visiting as many haunts as we can to see how they work. Read on for the top seven Halloween trends that will be influencing haunted attractions, costumes, and pop culture this season.

Honestly, we expected this trend would have died out by now (yes, pun intended) but zombies are still a popular mainstay at haunted houses across the country.

One reason we think the zombie trend is here to stay is the emergence of live gaming experiences that have popped up recently. We’re seeing more haunts offer add-on experiences like zombie paintball or even zombie axe throwing. They allow guests to spend more time at those attractions and the interactive experience makes it more memorable.

We started to see this trend emerging last year, as more haunts launched holiday season haunts, but now the scary Christmas theme seems to be in full force. The idea of turning a happy, family-friendly holiday into a demented, gory frightfest sends spooky shivers down our spine.

Both during the Halloween season and into the winter holidays, keep your eyes peeled for demon elves, undead Santas, even zombie reindeer. It’s truly the stuff that nightmares are made of. 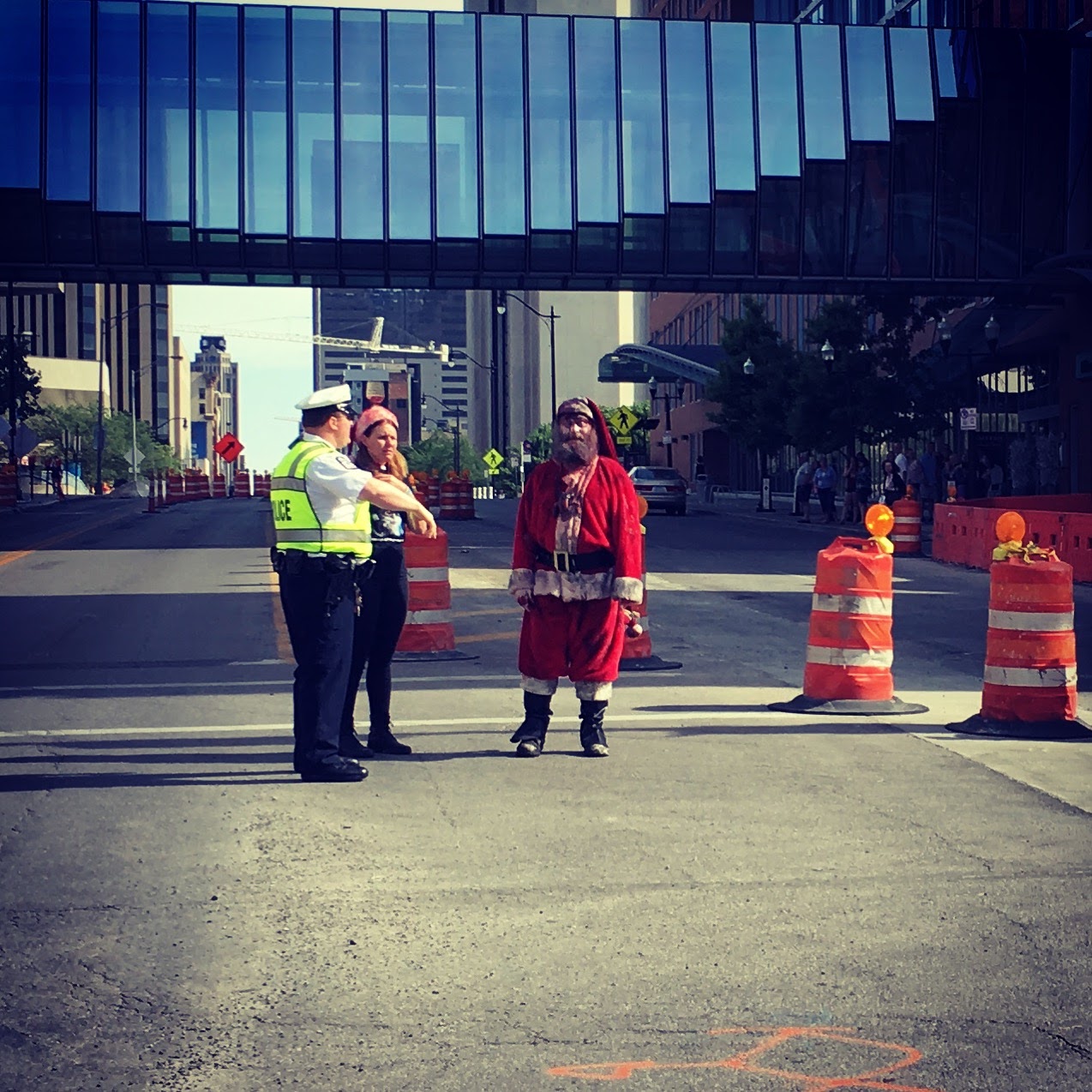 From escape room experiences to zombie paintball, more haunts are adding interactive games to their main attractions. These live action games have been gaining popularity over the past several years with no signs of slowing down.

You can really spend the whole evening at some attractions. Escape room experiences run the gamut from brief, 15-minute mobile games to hour-long challenges, sometimes with live actors in the rooms with you. Zombie paintball might be a quick midway style game or a more intense ride along with live undead zombies. 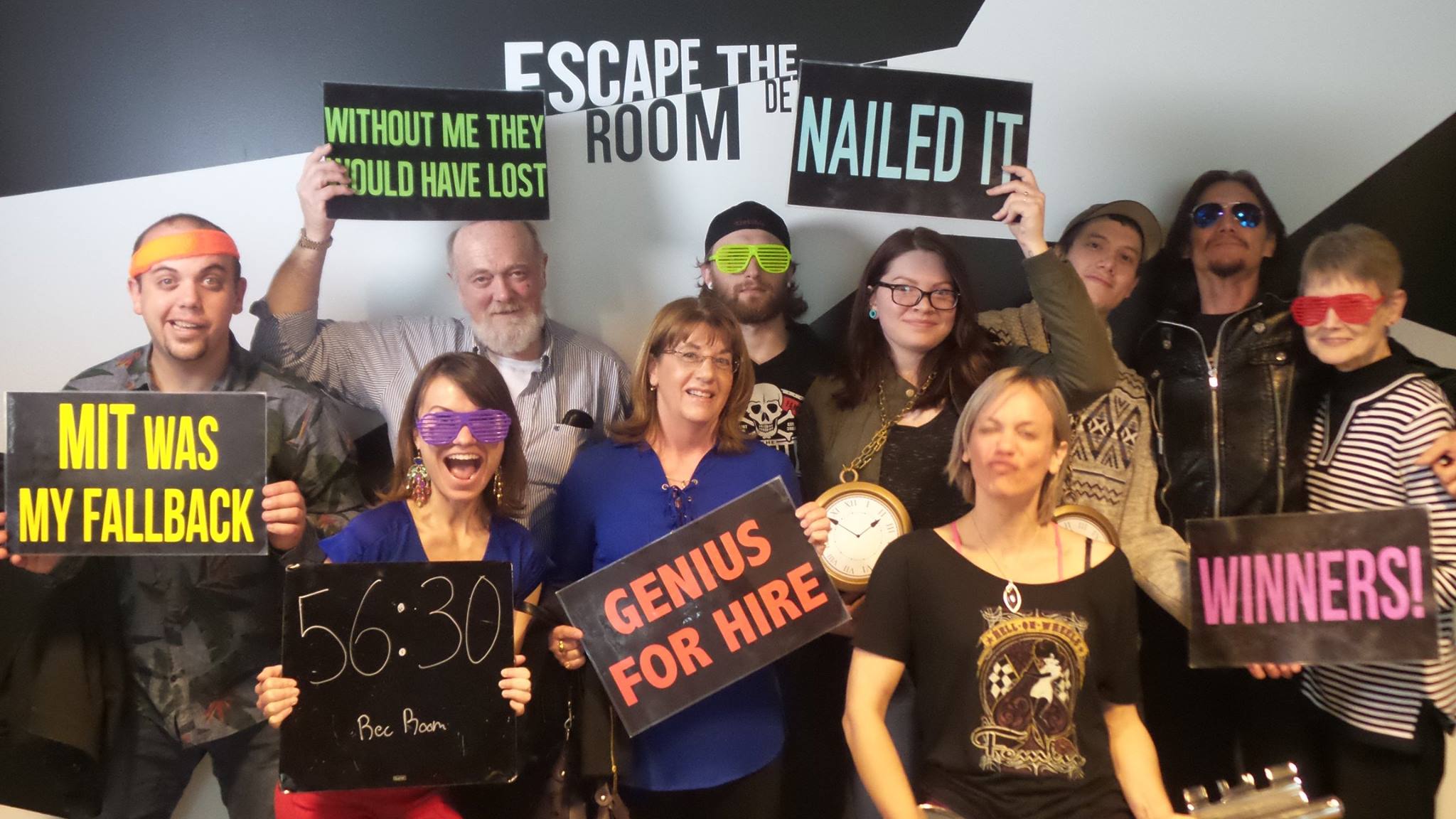 Similar to live action gaming, 4-D experiences offer haunted attraction fans an add-on experience to the traditional haunted house or corn maze. Picture yourself in a dark room, headphones on, and you’re suddenly transported to a dragon’s lair or being chased through the jungle by a giant snake.

Whatever your worst fear, four-dimensional sensory experiences capture it by combining binaural sound, lighting effects, and motion simulation, sometimes even with water or scent effects. They immerse you in whatever scene you’ve chosen, so it really feels like there’s a hungry monster is breathing down your neck.

It used to be that going to a haunted attraction meant waiting in line for over an hour and bringing plenty of cash to purchase your ticket at the front gate. But few people carry more than $20 or $40 in cash these days, so haunted attractions are getting on board with the times.

We’re seeing more and more haunts accept credit cards or sell online tickets in advance. It’s a benefit to guests, who seem to appreciate the convenience, as well as the haunt owners who are better able to gauge the crowds on any given night and plan their staff accordingly.

VIP or front-of-the-line passes are also popular, allowing guests to skip the line altogether if they’re willing to pay a little extra for premium admission. We expect this trend to continue growing, as more attractions modernize their payment technology. 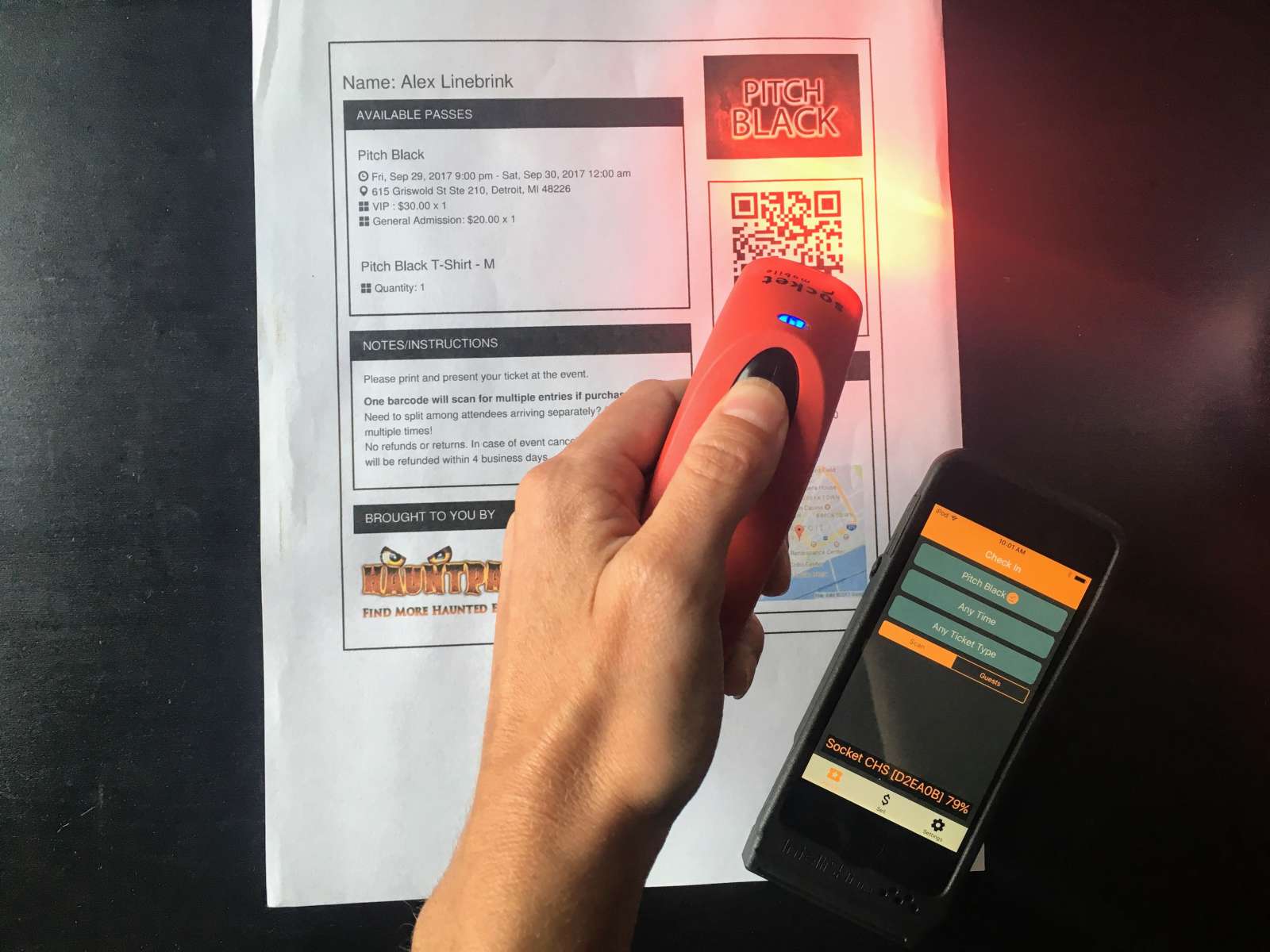 2. Day Of The Dead Dawns

Our team noticed a surge in elaborate calaveras makeup, sugar skull decor, skeletons and costumes inspired by the ancient Mexican tradition of Dia de Muertos, or Day of the Dead, this year. Although it’s completely separate holiday from Halloween (it’s been celebrated in Mexico for nearly 3,000 years; long before Spanish explorers brought the traditions of All Saints’ Day or All Souls’ Day to North America), they’re sometimes erroneously lumped together due to their proximity on the calendar.

Still, we are excited to see more of the gorgeous floral head dressings and intricately designed props that celebrate Day of the Dead both at haunted attractions and at mainstream celebrations. There are plenty of tutorials out there – from beginner level to expert – if you want to recreate the look for your own costume party.

If you thought last year’s creepy clown trend was just a blip, think again. It was just getting started. Clowns were everywhere this year. EVERWHERE.

Maybe the remake of Stephen King’s IT has brought clowns back to the forefront, or maybe there’s something else driving this trend. Either way, there’s no escaping the clowns this Halloween. We also saw plenty of carnival carnage at trade shows this season, which fits in nicely with this trend. 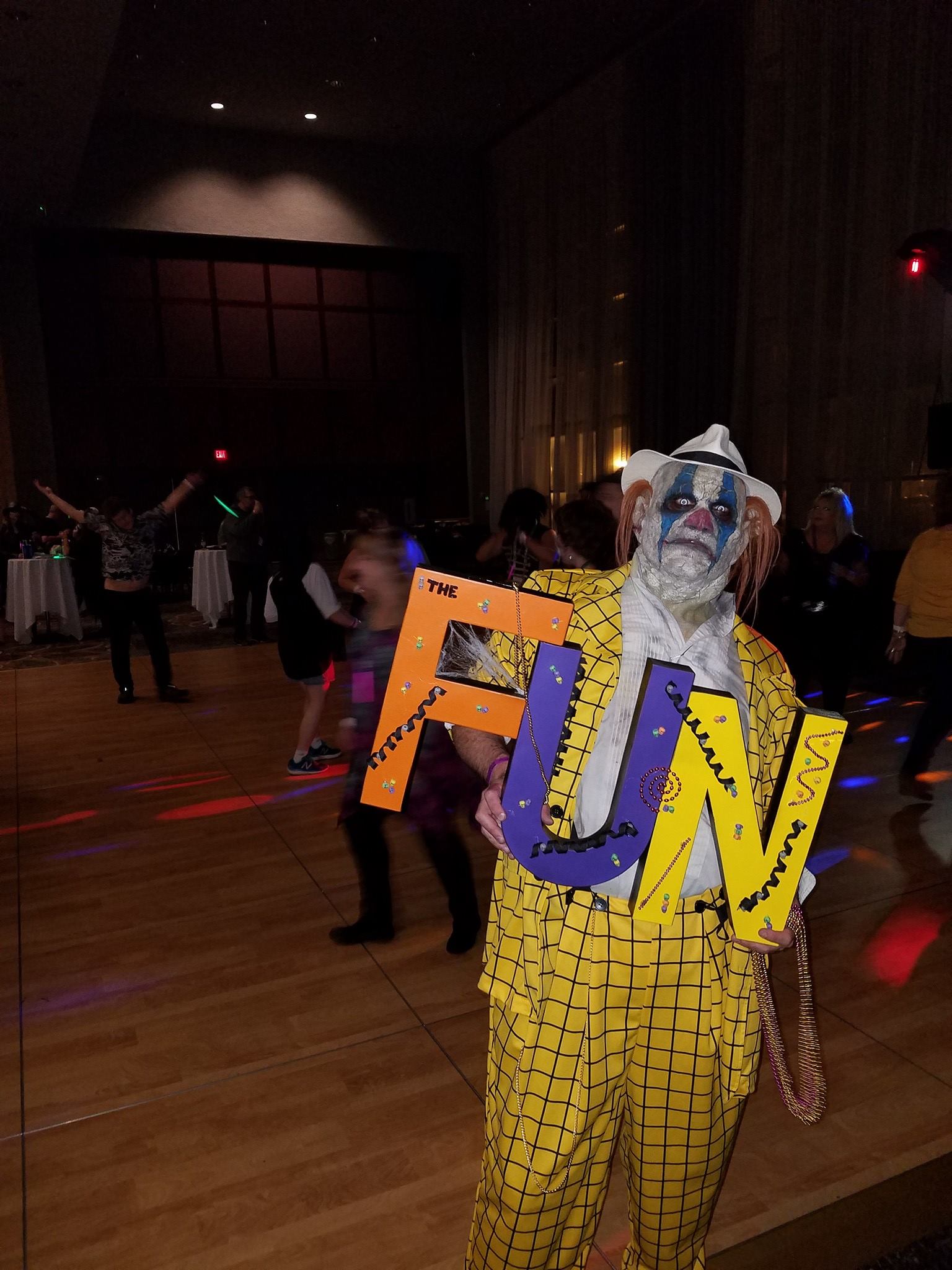 We saw a fair number of witch doctors and voodoo priestesses on display this year, along with pin-stuck magical magical dolls so cute you’d almost forget they’re evil. We don’t want to be superstitious, but we’re betting that this trend will stay for a spell.

Which Halloween trends are you most excited for this year? Which ones do you hate? What’s the scariest? Let us know in the comments!