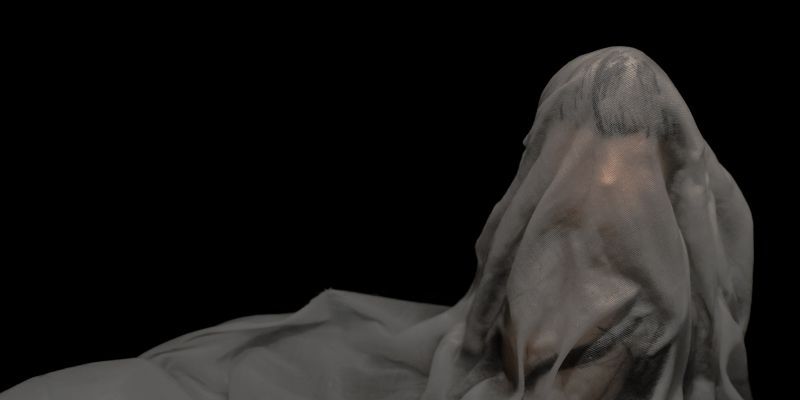 Every haunter knows about common phobias like fear of heights (acrophobia) or spiders (arachnophobia). But there are many strange and unusual phobias that you may never even have heard of before.

We’ve rounded up 13 unusual phobias just for you, along with ideas on how you could incorporate them into your haunted attraction.

It’s the sound of a popping balloon that strikes fear into the hearts of many people with Globophobia.  Imagine yourself pushing your way through a room filled with those balloons, circus music playing in the background. Suddenly, you hear them start to pop…pop…POP.

You could accomplish that without using up hundreds of balloons every night by just recording the sound and playing it. You can find a variety of reusable or unpoppable balloons online. This would make a great transition room because the balloons will block guests’ sightlines.

A maze of mirrors is an obvious choice for this phobia, but you don’t have to commit to an entire room to nail this one.

Incorporate a few mirrors with glass that can be removed to reveal a monster or zombie inside – either a live scare-actor or a prop. For a carefully-placed effect worthy of a blockbuster horror movie, position a mirror so that when guests turn a corner, they see themselves in the mirror…and a monster behind them. That’s a guaranteed scream for your scare-actors.

A full-on water effect might not be practical, and you can’t rely on the weather to produce a real thunderstorm every night. But the mere suggestion of rain is enough to strike panic into the hearts of those with Ombrophobia.

Create a water-free rain effect by hanging long-clear strips of plastic behind a glass panel (such as a window) then use a fan to make them dance in the breese. Then, cast a light indirectly on the plastic and watch your “rain” come to life.

4. Nyctophobia: Fear of the Dark

Haunters are well versed in terrifying guests by turning out the lights. A fear of the dark is common, but Nyctophobia takes it to another level, causing those who experience it to avoid potentially situations altogether.

A related phobia is Scotophobia, which causes a specific fear of dark basements, tunnels, forests, rooms or other spaces without light. Any one of those would make an excellent addition to your haunted attraction.

5. Autophobia or Monophobia: Fear of Being Alone or Isolated

Have you ever been separated from your group in a haunted house? Sometimes a scare-actor will pull one person to the side and send them through a secret door or “lock” them in a dark closet. It really amps up the fear factor.

Even for those who don’t experience full-on Autophobia, being isolated inside a haunted attraction can be one of the most frightening situations. Maybe you could create an entryway to one room that requires guests to pass through one at a time, so they are separated – even momentarily – from their party. Or set up a series of doors and hallways, all ending up in the same room, and split groups of guests up by sending one person through each door.

The doctor will see you now…

Plenty of haunts already take advantage of this unusual fear with gruesome medical scenes or actors playing demented doctors. But here are a couple unusual ways you can incorporate this fear of hospitals into your haunt. Consider designing your check-in area like a hospital lobby or emergency room – but make it dingy and gross. Have a decrepit nurse take tickets and sign guests in. Once they’re admitted, that’s when the twisted experiments can begin.

Clowns are unsettling for many people, not just those with an extreme or irrational fear. And there are endless possibilities when it comes to the design of your clown characters as well as the spaces they inhabit. In fact, you could sneak a murderous clown into just about any haunt theme. It’s almost scarier when they appear someplace where you wouldn’t traditionally find a clown like the circus or a carnival.

Combine this one with Globophobia for a one-two punch (or should we say POP) of terror.

If you go the traditional button route, consider incorporating characters with button eyes – that would make even those of us without Koumpounophobia shutter. Or embrace technology and build a larger-than life panel of electronic buttons and levers – maybe as part of a mad scientist’s laboratory.

This one is deceptively simple. What isn’t Halloween in a haunted house?

On the other hand, there are so many possibilities here that it can be tough to nail down exactly how to get the right Halloween-specific scare. Maybe you’ll establish a setting on Halloween night, in a small town where children would normally be trick-or-treating and costume parties would be hopping. But something in this town has gone eerily wrong. The jack-o-lanterns are lit, but where are the people? Your guests will have to seek out other living (or undead) souls as they make their way through the mysterious streets.

Haunters often purchase fake blood by the drum or bucket, so this is another fear that you probably already have some experience perfecting. Hemophobia often goes hand-in-hand with a fear of injections or medical tests where blood may be present, so you could combine this one with a hospital scene to ramp up the scares.

Maybe you could use glass panels to separate guests from a scare-actor poised to cover them with a bucket of fake blood: the glass will prevent any actual splattering but it will startle everyone who almost gets doused.

The screams…the blood…there are endless ways you could create a horrific scene inspired by this unusual phobia. Reimagine a Rosemary’s Baby-style demon birth, or invent your own riff on the alien-tearing-through-the-chest scene. Picture the terror on your guests’ faces when a miniature monster emerges and they are sprayed with a tiny bit of goop (really just a water mist).

Kill two birds with one stone by combining this with the fear of hospitals.

Bruce Wayne would be shaking in his tall black boots. Bats individually aren’t that terrifying, it’s when they fly together in a cauldron (the actual name for a group of bats) that they become infinitely more menacing.

Perhaps you’ll start with several animatronic critters (or just rubber bats hanging from a ceiling). Then, use fans or wind effects to make it feel like a swarm of bats is swirling around guests’ heads. The right lighting and shadows can also help to amplify the perceived number of bats in your cauldron effect.

Santa. Gandalf. Dumbledore. We normally think of bearded folks as jolly and wise.

But beards also have the ability to hide someone’s face: what’s behind that wall of hair? And this is where a range of emotions, from a slight uneasiness to full-blown Pogonophobia can start to brew. Incorporate a bearded character into your haunt, maybe one who conceals torture devices or a rusty knife within his chin tendrils. If you really want to go all in on this one, consider combining it with Chaetophobia, the fear of hair in general.

Since we’re on the topic of fear, HauntPay makes it scary simple to sell tickets to your haunted attraction online and at the door. Schedule a guaranteed zombie-proof demo with one of our haunt experts today!